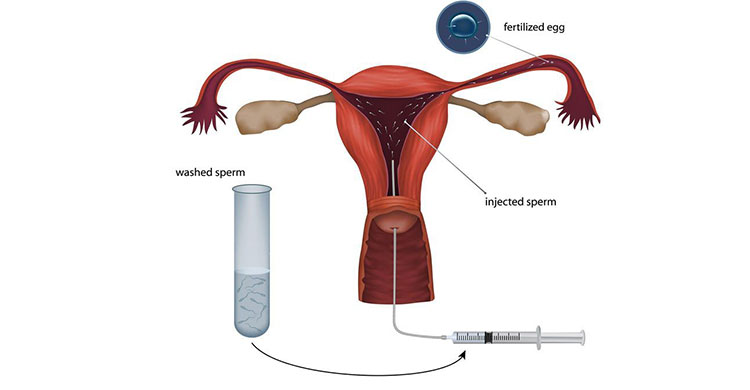 Infertility and Artificial Insemination in Pune :

When you and your partner talk to a doctor about getting help for infertility, he may suggest a technique called "artificial insemination." It's a simple procedure with few side effects, and it can help some couples who haven't been able to get pregnant.
In artificial insemination, a doctor inserts sperm directly into a woman's cervix, fallopian tubes, or uterus. The most common method is called "intrauterine insemination (IUI)", when a doctor places the sperm in the uterus.
Why is this helpful? It makes the trip shorter for the sperm and gets around any obstructions. Your doctor may suggest this method first as a treatment for infertility.

What Type of Infertility Can Artificial Insemination Treat?

The procedure can be used for many kinds of fertility problems. If you're a man, it's often used if you have a very low sperm count or you have sperm that aren't strong enough to swim through the cervix and up into the fallopian tubes.

If you're a woman, it's sometimes done if you have a condition called endometriosis or you have anything that's abnormal in your reproductive organs

This method might also be right for you if you have something called an "unreceptive cervical mucus." That means the mucus that surrounds the cervix prevents sperm from getting into your uterus and fallopian tubes. Artificial insemination lets the sperm skip the cervical mucus entirely.

Doctors also often suggest artificial insemination when they can't figure out the reason a couple is infertile.

What to Expect During the Procedure ?

Your doctor will use ovulation kits, ultrasound, or blood tests to make sure you're ovulating when you get artificial insemination. Then, your partner will need to provide a sample of his semen. The doctor will suggest that your partner avoid sex for 2 to 5 days before the procedure to help make sure his sperm count is high.

What to Expect During the Procedure continued...

The process of "washing" the sperm in a lab removes chemicals in the semen that may cause discomfort for a woman, and raises the chances of getting pregnant. Technicians liquefy the sperm at room temperature for 30 minutes and add a harmless chemical to separate out the most active sperm. They use a centrifuge to collect the best sperm.

Those are placed in a thin tube called a catheter and put through your vagina and cervix into the uterus.
Artificial insemination is short and relatively painless. Many women describe it as similar to a Pap smear. You may have cramping during the procedure and light bleeding afterward. Your doctor will probably have you lie down for about 15 to 45 minutes to give the sperm a chance to get to work. After that, you can get back to your usual activities.
In some cases, before you have the procedure, your doctor will place you on fertility drugs, such as clomiphene citrate (Clomid). This helps your body ovulate multiple eggs.

Other Issues With Artificial Insemination

The procedure won't work for everyone. Some couples try it several times before they get pregnant, while others may not have any success at all.
Your doctor may suggest trying it at least three to six times with injectable hormones before moving on to another treatment. If artificial insemination doesn't help you, there are other approaches you can try, such as in vitro fertilization with your own eggs or with donor eggs.